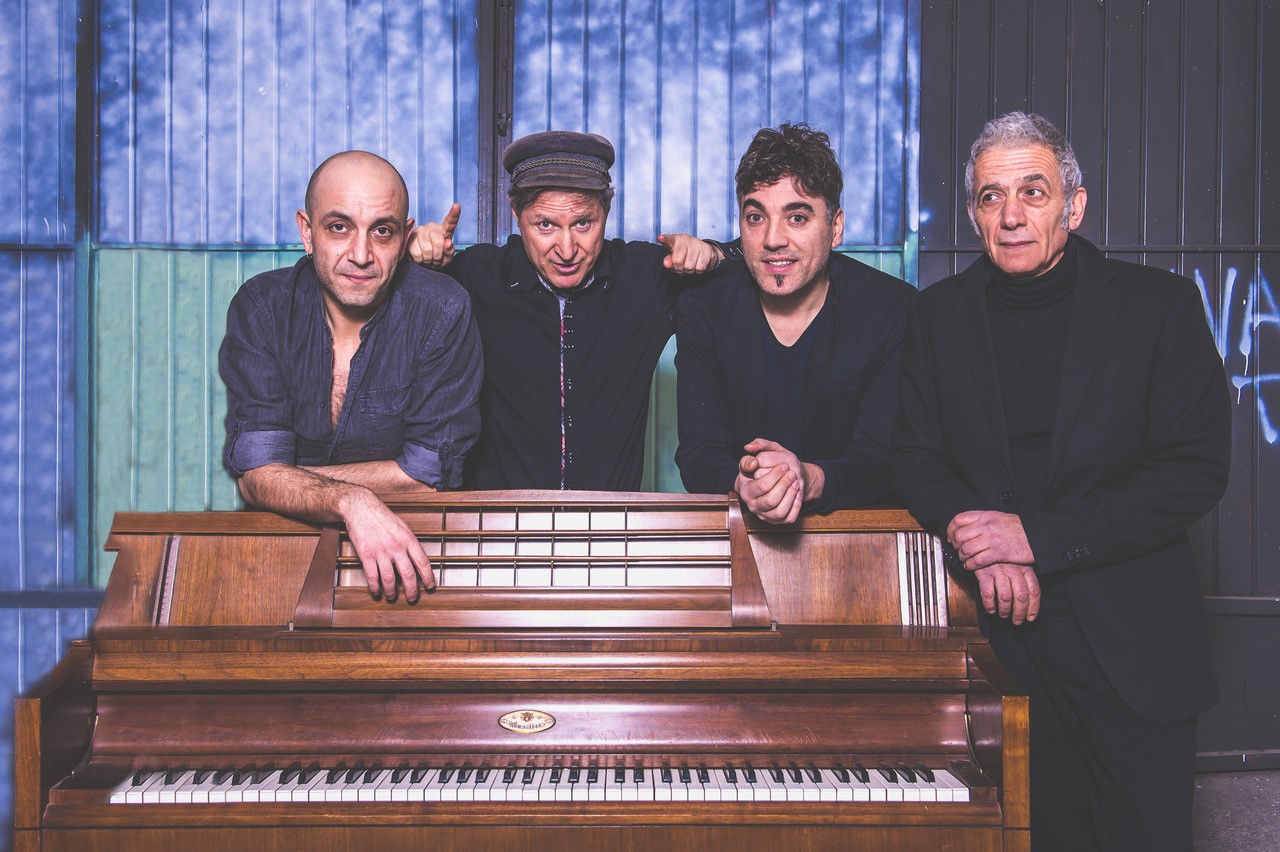 The “Parto delle Nuvole Pesanti” has so far made 13 albums, making use of important collaborations by artists and writers like Claudio Lolli, Roy Paci, Teresa De Sio, Fabrizio Moro, Tony Canto, Carlo Lucarelli, Carmine Abate and Vito Teti.
His music blends different styles and languages, from the early Mediterranean ethno-rock, through the song of the author, to the original world music embraced on the last album Sottomondi, where the band tells of a kaleidoscopic humanity without voice, made of children, women, immigrants and
marginalized, through songs and music that are used to live, resist and, sometimes, change.
Among the successful songs of the band, we note Onda Calabra, soundtrack of Qualunquemente, a film by Antonio Albanese, who obtained participation in the Berlin Film Festival and was nominated for Best Song at the David di Donatello, Giorgio it was nominated for the Amnesty International Prize and L’Imperatore which was considered among the thousand most representative songs in the history of Italian song („Anthology of the Italian Song 1861-2011“).

His live, carried on important stages, both national (May 1st, Tenco Prize, Sanremo Rock) and international (New York, Baghdad, Fortaleza, London, Berlin, Lisbon, Prague, Budapest), is a crossroads of sounds and lyrics, of irony and joy, mixed with theatrical moments, capable of involving the public in unbridled dances and choral songs but also of making people reflect on our time and of giving oneiric suggestions.

Il Parto offers live historical songs such as Riturnella, Lupu, Raggia, Ciani, Piccola mia and more recent songs such as Uomini Viaggianti, Crotone, Vento di scirocco, up to the songs of the last album including Niente Ninna per l’uome ne’, Il percorso Calabrozen, Naturaleza viva and L’ignoranza è figa.
A band that made live concerts one of the most magical, unstoppable and exciting moments in his history.
But the project goes beyond music. In the theater we remember Roccu u Stortu and Slum and in the cinema Doichlanda, I colori dell’abbandono and Alèteia. Also noteworthy are the cultural projects including La Valigia d’Identità and Terre di Musica – A journey through the assets confiscated from the
mafia created with the collaboration of Libera, which testify to the band’s strong social commitment.

THE NEW ALBUM “SOTTOMONDI” ON SPOTIFY